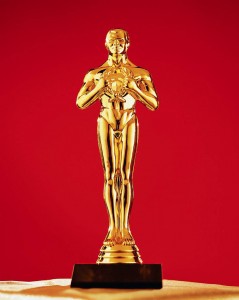 Every year The Audio Publishers Association sponsors the AudiesÂ® Awards for Audio Books.Â  It is the only one of its kind in the audio book industry.Â  We are a proud member of this trade association that stands up for the issues that are important to the audio book industry.Â  They offer a variety of membership benefits for businesses, publishers and narrators.Â  They also put on the Audio Publishers Association Conference (APAC) that this year is being held in New York on the day before the AudiesÂ® Gala which is going to be held on May 25th.

The AudiesÂ® are awarded across 30 categories including Distinguished Achievement in Production and Audiobook of the Year and will be announced at The Museum of the City of New York.

We are happy to highlight that we have16Â  audiobooks in our CreateTimeAudio catalog that have been nominated this year.Â  Our AudiesÂ® Nominated Titles include LA Meyer’s In the Belly of the Bloodhound and Mississippi Jack.Â  LA Meyer won last year for Curse of the Blue Tattoo in 3 categories Distinguished Acheivement in Production, Solo Narration Female and Teens.Â  With 2 entries she may be able to win the coveted Audio Book of the Year Award which went to Neil Gaiman’s The GraveYard Book.

The nominations for the Audiobook of the Year and Distinguished Achievement in Production don’t come out until April so we will have to see.Â  The follow up to Audible produced The Chopin Manuscript which won in 2008 is on the list.Â  The Copper Bracelet has been nominated under the Original Work Category.

The Full List of AudiesÂ® 2010 Nominations can be found at the APA’s Press Release.