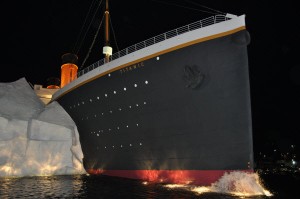 The AudiesÂ® Award Winners were given out at the 2012 Annual Gala this past Tuesday. Â In our previous post I spoke about how much I like Tina Fey and apparently so do many other people. Â Her audiobook Â BossyPants not only won the Audiobook of the Year for 2012 but also the award for Best Biography/Memoir.

There were 30 awards given out including the award for DistinguishedÂ AchievementÂ in Production which went to The Watch That Ends the Night: Â Voices from the Titanic. Â This audio book of course benefited from the fact that this year is the anniversary of the tragic sinking of the Titanic. Â It does illustrate though how the composition of an audiobook makes a big difference in what is not a new story. Â Adding sound effects for realism and a the multi-voiced narration from different points of view brings the story to life in a new way. Being someone who was a big fan of the movie titanic I can appreciate how a line can stay in your head forever. Â When I see the picture in this post I can only think of “Iceberg, dead ahead!”.

Other award winners that caught my eye(or is that ear?) include Classic authors Charles Dickens and Jane Austen.Â  Jane Austen won for Package Design and Charles Dickens’ The Life and Adventures of Nicholas Nickleby won for the Classic category.Â  In the “celebrity” category Jane Fonda won in the Personal Development for her book PrimeTime: Â  Love, Health, Sex Fitness, Friendship, Spirit–Making the Most of All Your Life and William Shatner won in the humor category for Shatner Rules:Â  Your Guide to Understanding the Shatnerverse and the World at Large.Â  These are just a few of the winners and there are even more audio books worthy of a listen from all of those that were nominated.

We will be providing our own listing of the winners at CreateTimeAudio.com but in the meantime the listings can be found at TheAudies.com.Â  Of course these books are available on Audible.com. 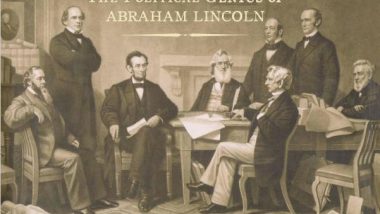