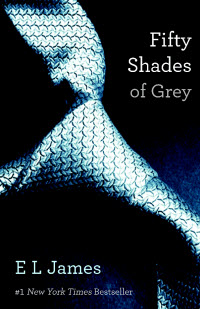 Fifty Shades of Grey made the list of the best selling audio books for April for Audible. Â Though I have not had a chance to listen to the audiobook I have been exposed to a lot of press about the author E.L. James. Â She is being compared to J.K. Rowling who shot to fame and success out of the blue with a background that could not have foreseen the level of success she would have with the Harry Potter series. Â Fifty Shades of Grey is a trilogy that was originally written as Twilight fan fiction though it was rewritten and subsequently distributed as book by The Writer’s Coffee Shop.

There has been much debate about the literary value of the book but as can be seen by it appearing as a best seller “quality” is not always an accurate indicator of popularity. Â The viral nature that fueled the growth in popularity should be looked at by both authors and publishers who need to take advantage of today’s new forms of generating publicity.

I am not sure whether the mothers on you Mother’s Day Gift list would openly ask for this series of books or even mention them but odds are they know about them. Â Erotic Fiction is definitely on the rise and if you add Paranormal Romance into the mix there are quite a few offerings to help escape the sometimes boringÂ doldrumsÂ of motherhood. Â I would recommend though that the safer bet for escapism through audio book listening may very well be just a gift membership to an audio book store like Audible so that if she wants to check them out she can and if not she can download a variety of popular books(perhaps not as “controversial”) that Moms would enjoy.